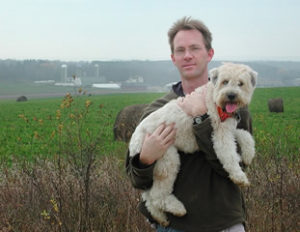 My research focuses on how central nervous system (CNS) gene expression contributes to positive social behaviors as well as neurological disorders. One interest includes examination of publicly available large scale gene expression datasets (e.g., microarrays or RNA-seq) along with multiple approaches, including gene network analysis, enrichment analysis, drug repurposing, and machine learning, to identify patterns that relate to social behaviors and disorders. Recent work involves an analysis of the large-scale gene expression changes in the CNS in mothers to gain insights into the basis of prosocial behavior (i.e, maternal bonding) and also to gain insights into what can go amiss, including the risk of postpartum depression. Additional recent studies involve examination of gene expression dysregulation patterns that occur in association with Parkinson’s disease. A current study involves examination of multiple large scale gene expression studies from individuals with major depressive disorder to identify an underlying portrait of depression. With that portrait and drug repurposing approaches, I also explore how well a number of potential treatments, including exercise, may act to reverse depression expression patterns and serve as possible treatments.

I am looking for graduate students who can work independently and have a strong enthusiasm for research and discovery. The aim of the lab is to help train graduate students so that they have the tools necessary to either run their own lab or pursue other careers in science.